My cousin invited me to her 21st birthday several months back. Being as there's a pandemic in our midst, I wasn't too fond to go. But as quarantine settled in on all of us, I was struck with stir craziness in my house. I told myself to take the chance and exit the town, ride out to see them for a couple of days and return before I do something stupid. I also don't have kids and I'm off for the summer, so I felt if I did get anything I'd get back into quarantine. To be honest, I also wanted to spend time with my family.

My cousin's birthday was in Las Vegas: literally the last place anyone should be during a destructive virus outbreak across the southwest. I told myself to consider it a social experiment. I wanted to see what my extended family from southern California would be occupied doing during a pandemic, how would they "party" and gather. I also was very curious to see what other people were up to and who were the people that were casual about the pandemic. Not to mention what do you do in a city where every place should be shut down?

Shut down? Vegas? You're kidding me! Nearly every place was open. It was comedic to see the volume of people moving through the casino. I just read the article from USA Today on being in Vegas during a pandemic. It covered some items but it left out a lot in my opinion. Not to mention Dawn, the author of the article, is someone who doesn't look like the party-goer type. I'm sure she spent most of her time locked in her hotel room writing the article instead of studying the behavior of humans.

Here's what I saw in Vegas:

First, yes, when you arrive at your hotel, you're going to get a temperature check and you'll also be required to wear a mask anytime you're out of your room. What they didn't tell you is that if you come off the freeway (which is less than a hundred yards from the most popular casinos), you can drive into the complimentary parking lot and walk straight into the gaming or pool areas, bypassing temperature checks. That's how I did it. One minute I'm on the I-15, the next I'm at the pool area in the Excalibur. Did they do a temperature check? Nope. I told them I was meeting family at the pool area, they didn't even bother to look in my bag once I told them it was clothes instead of glass bottles. They were worried about me smuggling in a bottle of tequila instead of asking for my symptoms.

I did swim. It was a perfect 100 degrees outside and I hadn't swam in almost a year. So yes, it was tempting not to. Not to mention my family was egging me on. But one behavior I noticed throughout the pool: all the families stayed separate, in their own social pods. The only major rule change is if you were out of the pool, you had to cover your face. If you wanted a drink, mask up. If you wanted to bask in the sun, mask up. But if you had a drink in your hand they didn't say anything. If you wanted to go down the pool area slide, no mask. I was also shocked at the amount of children who were there. Families didn't mind them swimming, running back to the slide, jumping in, grabbing snacks and sharing. It was a regular summer vacation. And from what I saw, many kids turned their masks into chin straps anyways and touched so many surface areas, it didn't even matter.

At the pool area I also saw a woman swimming with sweats and a long sleeve shirt, twerking on the edge of the pool, then sit on the side, flashing everyone her breasts as she danced to music. She had her face in some other girl's ass when she asked to leave the "family friendly" area. She instead dove back in and swam across the pool, attempting to ignore the wishes of management. She was later escorted out and talked to by security.

Just as the pool was closing, another woman went to the edge of the water, vomited, then fell back into the pool. She was dragged out and placed on a lounge chair as her friend returned to swim. Vomit in the pool? That's my cue to get out. But it was nice while it lasted.

I made it adamant to take a shower once I was done with the pool. I also attempted to not touch any railings or handles. I must have kicked about fifty doors open when I was there. I also used a napkin in my hand whenever I was going in and out of places. The casino had hand washing stations setup, which stood out. One minute you're looking at blackjack table, the next you're staring at a faux counter top with three sinks and sanitizer dispensers, just plopped right in the middle of the gaming floor. Nobody cared for them. They were too busy getting cheap drinks and touching the slot machine buttons.

Many people were busy wiping down surfaces but to me it was just another casual task to be done. There were a lot of places that I saw that didn't get wiped down. One in particular, the elevators. My cousins were nice enough to let me crash in their room but I needed a hotel key. Luckily for me the room key scanners in the elevators weren't operating, making anyone go up and down the elevators. Imagine how many people of all walks of life touching those buttons. Imagine how many of them getting frisky, not washing their hands after using the bathroom or coming off the games after hours of playing.

Another point that was sadly humorous was the interior smoking. First, you can have your children walk through the casino breathing in the worst second-hand smoke but if you wanted to smoke marijuana (which is legal in Nevada), they wanted you to smoke outside, away from the kids. I'm thinking we're in a pandemic and you're bringing your babies to the casino but oh no, let's keep the weed outside and make sure you're wearing a mask! Funny side story: as I was exiting the resort I got into a conversation with someone smoking marijuana in the parking lot. I believe he saw my shaved head and assumed I was in the drug business. He said he was in a cartel, from Sinaloa. He was nice enough to show me his tattoos of El Chapo and Jesús Malverde, the patron saint of drugs. He mentioned his cartel worked out of Houston, Las Vegas and San Francisco. He was nice and wanted me to take a hit but I told him I was going to drive and I couldn't be intoxicated.

I'd say my last observation was my family and how they managed their money. I was shocked to see that they'd drop three hundred dollars on a slot machine but they hesitated to get guacamole for a dollar on their Baja tacos. They were addicted to this one particular slot machine that "always won". From what I saw all of them lost!

But one observation I noticed was big bills paid them, at first. But as you kept playing, you'd slowly chip away your winnings, putting you in a trickling loss. Their bright idea: put in more money. It occurred several times: slip in a C note, make a big win, like $40 or $50, then slowly trickle away the winnings, then chip at the C note. In minutes that $150 sum disappeared. No wonder they're giving out free drinks! It's all part of their plan. Every single machine carried an algorithm that worked with their minds, give them a burst of excitement, then a desert of losses, then a few drops of winning, then nada. You're so emotionally unstable, especially combined with alcohol and cannabis, you want revenge! So what do you do? PLAY AGAIN!

I told some of my cousins to stop while they were ahead, especially after a quick win. They looked at me like I was crazy. Then, when they'd win a few bucks back, they turned to me and mentioned they won. But they were already a few hundred in the hole! It was a sorry sight. I'm proud I didn't gamble away any money. I rather turn that twenty spot into a steak dinner and craft beer. 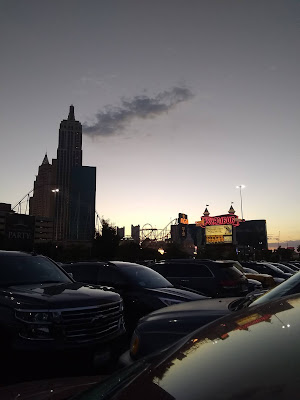 I left before sunrise to beat the heat and not let my hungover family convince me to stay another night. Besides I had obligations back home to tend to.

I'm glad I went to see my cousins but I know I was pushing my luck. I hope this pandemic curve goes south so I can get back to looking at market stabilization. For now I'm up about 35% in my portfolio. That's selling territory, but I feel this pandemic is going to shift it higher. People are too stupid to stay indoors and stay safe. It's going to be a bloody economic nightmare. I hope all of you are prepared. 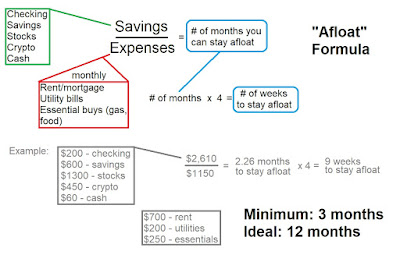 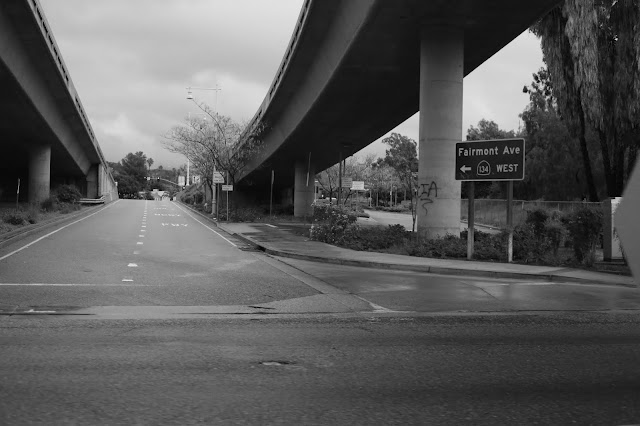