So what is - as it is pronounced - "Billy billy"? It's a video streaming/sharing site that is primarily filled with anime, comics and video game content that is Asian based - China to be precise. To us Americans, we have no clue what it is and that alone can be a sleeper trade. I actually stumbled upon it in an article when it was a puney ten spot and didn't think much of it at first. It wasn't until it popped up later in the year when the stock rose a few dollars.

Like modern streaming/sharing video services, Bilibili provides both free service and a membership service and things are looking up for the company: other gaming and anime companies are using the site exclusively for their content. To me I feel it's soon to be the biggest juggernaut to take over Asian screens. Not to mention the potential of advertising revenue that's tethered to it's value.

It's cheap. It's selling at less than $25 per share. As of January, it's rolling at $22. To me, buying a Youtube-esk stock at such a low price point is a solid investment. Did you know only after a year of launching Youtube they were bought out by Google? The going price for YT at the time was $1.6 billion in stock. Youtube is estimated to be worth roughtly 30 billion (according to adweek.com) today.

It's China's "Youtube" for anime.  They're signing up sponsors including the Chinese Basketball Association and eSports. Not to mention the growing interest in gaming and comic-based content and live streaming calendar events and premieres of specific shows.

By looking at the revenue, the company has gained only $50 million since last year. But it also has added on more than 130 million users. The gain is expected to grow to over a billion (according to Forbes) but those users are very young, which obviously caters only to a select market. I look at it as the Snapchat Problem: the users don't care for the ads because they're too young to purchase the product, pushing marketing campaigns to modify their targets or forgetting the platform altogether.

I've also found out the president of the company puts in work by web developing internally with his handful-sized team of "Bili-ites". It's noble but this company is a legit startup. 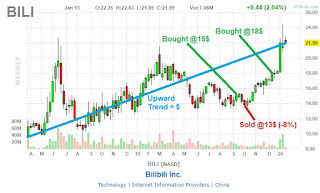 I hope BILI keeps rising. I don't think it's going anywhere south. I do feel the company has a solid platform for growth and the audience to keep it thriving.

Stock tip: buy BILI
Why: The "YouTube of China"


Disclaimer: I am not a financial advisor. I have no proper training in finance or consider myself an expert in money and finance. This blog is just my personal journey in gaining control of my money, my life and sanity. I don't expect you to get rich but I hope you will turn out successful with your finance management. I hope these tools, tips and strategies helps someone out there as much as they have helped me. Please contact me for any concerns. - Adam 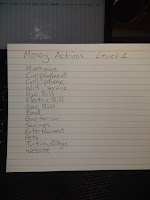 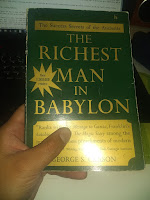 The Take from Babylon